Anyone looking for the official bird of Washington, D.C., might do well to start on the west side of Glover Archbold National Park at Whitehaven Parkway.

The wood thrush – brown-backed with a reddish nape, a speckled white breast and a flutey call – has been detected at the site during monitoring by the National Park Service in all but one year since 2007.

The work is part of park service’s Inventory & Monitoring Network, which tracks vital signs of park environments around the country. 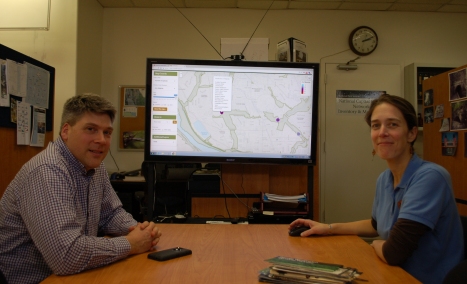 Geoffrey Sanders and Megan Nortrup of the National Park Service science office on MacArthur Boulevard demonstrate retrieval of information from a park data collection system that is part of a national network. Photo Credit: John A. Bray

Access to extensive data gathered about wildlife, plants, and streams over many years is expected to be made public via the program’s website as soon as computer systems are updated for security, according to Geoffrey Sanders, the manager for the National Capital Region program, which is housed at the park service’s one-story brick building just off MacArthur Boulevard, next to the reservoir.

Bird monitoring occurs twice during the year at a variety of sites around the city, typically early in the morning between May and July, a project carried out by a University of Delaware wildlife ecology professor and students. Sanders said each site survey lasts 10 minutes and relies primarily on detecting bird calls.

Megan Nortrup, an NPS science communications specialist, said that migratory species that pass through the park aren’t necessarily noted because the inventory and monitoring program is focused on residential forest species in Glover Archbold and Rock Creek Park.

There are 43 birds on the 2007-2015 list for the Glover Archbold site. Among the species are garden birds, such as goldfinches and cardinals, and more unusual denizens such pileated woodpeckers, which have been spotted feeding in Foxhall Village.
© 2017 John A. Bray 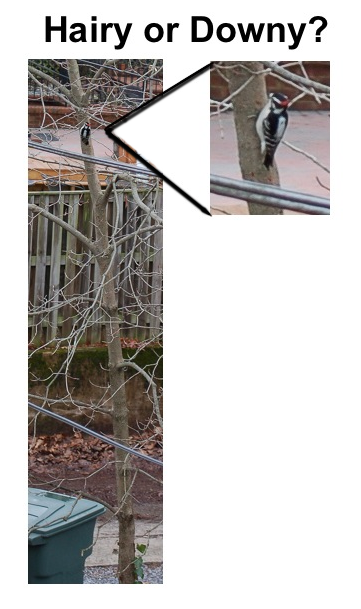 A Hairy, or maybe it’s a Downy, woodpecker feeds in the alley behind 44th Street in Foxhall Village on January 24, 2017. Photo Design Credit: John A. Bray 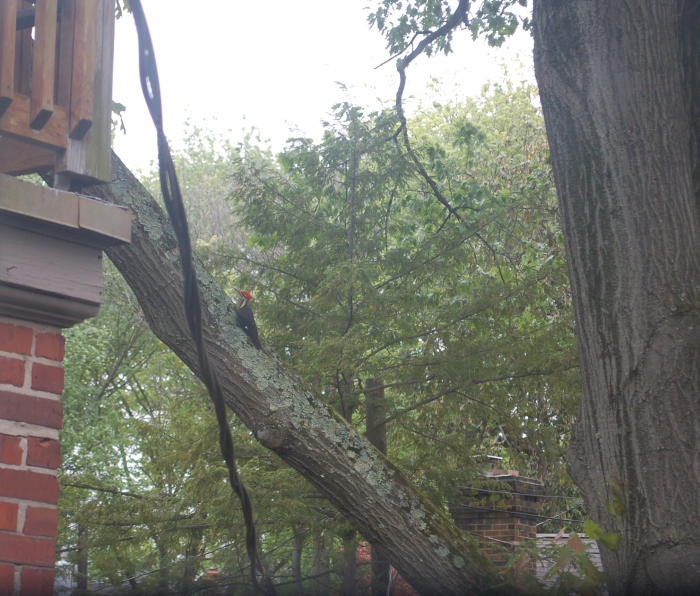 RED FEATHERED CAP: A pileated woodpecker alights on the limb of one of Foxhall Village’s massive oak trees on a misty May 6, 2017. Photo Credit: John A. Bray