The botanical road show is in full swing now as nurseries and gardeners shift into spring gear. The plants they await must be shipshape for travel. 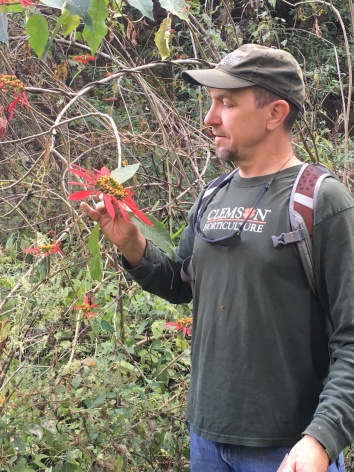 Tomato starts that are stubby fare better in transit. “You have to tone the tissue,” Faust said of the fast-growing garden favorite. “It can’t be soft. It won’t withstand the rigors of mechanical transplanting or humans ripping them out of trays.”

Toughening methods include restricting water access and blowing air against them. They also can be bumped. “Picture somebody who has a crew-cut and you’re rubbing the top of their head,” Faust said. “You can do that to the tomato plants. You’ve got a million of them and you bring a bar that brushes across them. We abuse them a bit until they are in the final field soil.” Faust said regular growth resumes with watering and fertilizing.

Faust said mail-order nurseries that send plants to individuals tend to solve their own shipping problems. “Each business either hires somebody or plays with it until they figure out how to deliver the product,” he said. “Some people do some novel things.”

Travel compartment conditions and the peculiarities of different types of plants affect arrival appearance. “I can put a beautiful geranium on a truck and when it arrives it might not have any flowers left,” Faust said, noting what can result from a build-up of plant-produced ethylene gas, which also can speed ripening. As a countermeasure, packets of ethylene absorbent substance can be packed around the plants to scrub it from the air. Plants also can be preemptively hit with a similar gas bearing a compound that binds to plant receptor sites so they don’t sense the real deal.

Plants might make more than one stop on their way to a home garden, enduring a range of variables. “If plants are being shipped with frozen fish on the plane, it’s going to be colder,” Faust said, adding the some plant species are susceptible to cold damage at temperatures higher than 32 degrees.

Plant shoots might be cut in Central America, sent to the United States, rooted and potted, then dispatched elsewhere to be grown in a larger pot and then delivered to a garden center. Even with airfreight compressing time in transit, there are challenges.

Take lantana, for example. Faust said that in the early 2000s he stepped in to help figure out why newly cut shoots were losing leaves and dying in their bags before reaching their first propagation destination.

“Growers get these things by the tens of thousands and propagate them in greenhouses,” Faust said of the one- or two-inch stems that have but a few leaves. “We couldn’t ship the darn things.” He started experimenting, simulating the process with no breakthrough. “Then one week we walk into the greenhouse and they are all perfectly good,” he said. He asked the student who had been taking the cuttings if anything had been done differently. The only change was the student had a morning test that delayed the shoot harvest until the afternoon.

“It clicked,” Faust said, noting he recalled hearing about a research project in Italy that showed basil harvested in the afternoon held up better in the grocery. In the morning, the plant is at its low ebb of carbohydrates built from the prior day’s photosynthesis.

“It’s like going to run a marathon and forgetting to eat your pasta dinner the night before,” Faust said. “You don’t have the carbs to sustain a 26-mile run.” Or a trans-national trip in a bag if you’re a lantana shoot. “Harvest that same plant and wait till noon, all of sudden they ship very easily. That was pretty cool.” 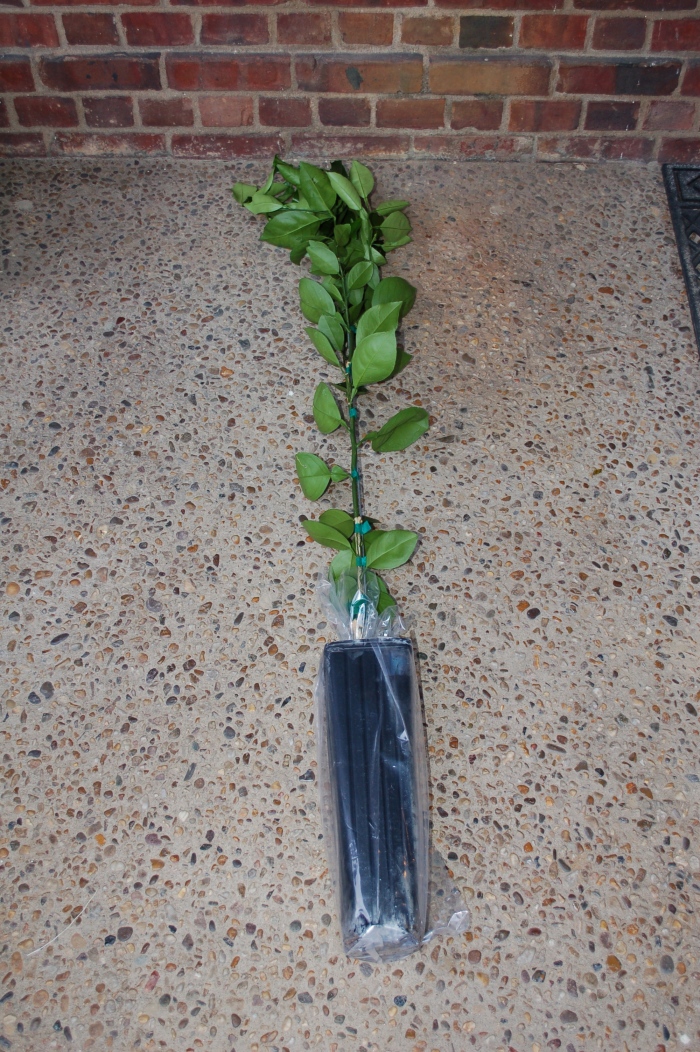 CARA CARA UNBOXED: A shapely, 4-foot tall orange tree poses on my porch shortly after being unpacked. Such shipments must be able to endure casual regard for words such as “This End Up.” As a precaution, near the bottom of the 4-inch wide box from Florida was an anchoring device. Under a band of clear tape was a long screw that was run through a washer and into the peat-packed root ball, which was enclosed in a thin plastic container and bagged. “Remove screw first,” was the bolded imperative for box openers. Photo Credit: John A. Bray